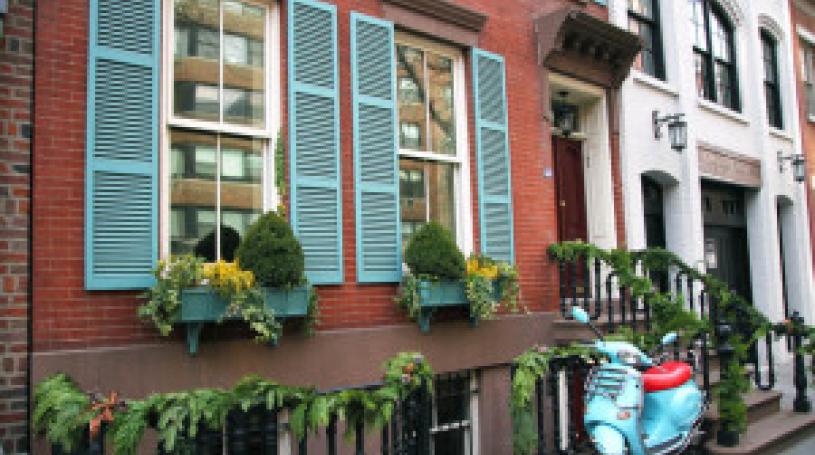 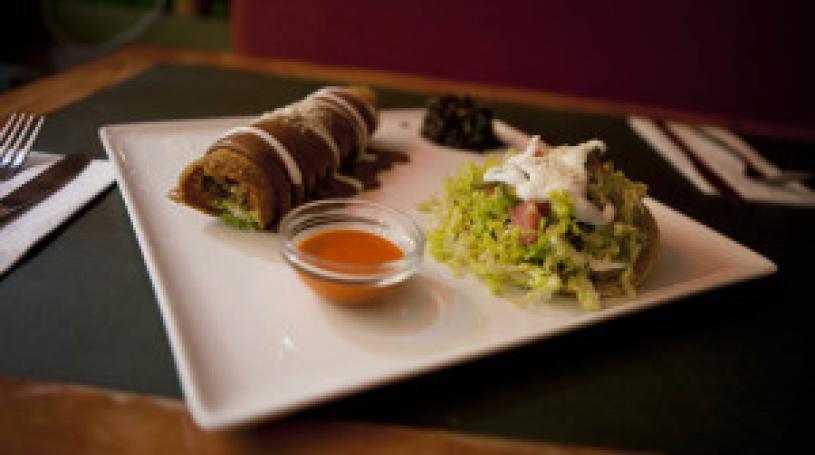 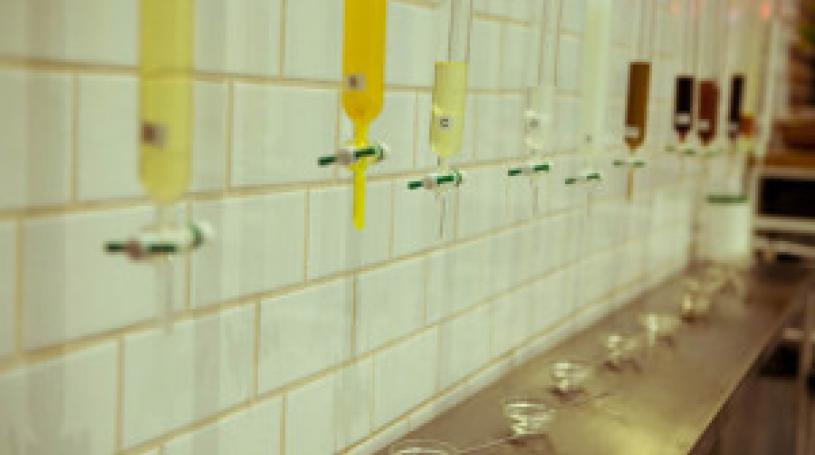 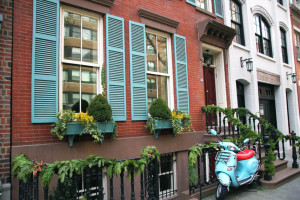 Beginning in the East Village and ending among the tangled streets of Greenwich Village, 10th Street maintains its charm with a mix of the historic and the new. The street appears more residential than most due to a magnificent block of nineteenth century townhouses sprawled between University Place and Fifth Avenue and a beautiful section between Fifth and Sixth Avenues that is one of the loveliest we have walked thus far. The lush gardens, planters and flower pots found there are a treat to behold. Juxtaposed against this serenity are the many outstanding eating and drinking establishments. When I was here on a weekend evening shortly after the summer ended, every single restaurant and bar was packed. New Yorkers were clearly back in town. People were spilling out onto the sidewalks sharing cocktails and stories of adventures in the Hamptons. I felt as though I were experiencing avenue action situated in brownstone propriety. 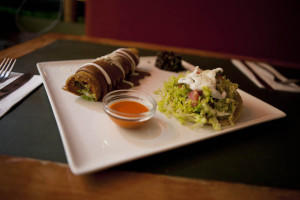 Wandering into each of the antique shops between Fifth and University and meeting the owners who have been on 10th Street for decades made for an interesting switch from the types of places I had come to expect. Over in the East Village, where it was recently designated an historic district by the city, I became enamored with one stretch of 10th. There, several businesses cater to healthy living.  Quintessence  restaurant and  Live Live & Organic  have both been on this street for years – bringing healthy food and beauty products to the East Village long before others even knew what this concept was all about. The lineup along here also includes  Juice Press, soon to have two locations on this side street, and  Molecule, where they “make” the purest water Manhattan has to offer. 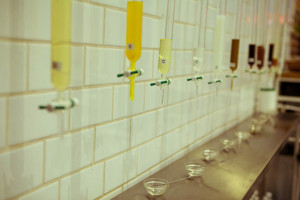 If it is a proper drink that you are after, stopping by the  Blind Barber  is a must (check out our video below). It is a barber shop by day and bar by night. Another visit for an alcoholic beverage might be to the space where  Julius’ Bar  now stands. It was a grocery store in 1840 and became a bar in 1846. During Prohibition, it was a speakeasy, and its humble beginnings and long history on the corner of what used to be known as Amos Street (West 10th) and Factory Street (Waverly Place) makes Julius’ the oldest bar in the Village. READ MORE